Cannes is an ever-shining star of Cote d'-Azur, a city that has gained its worldwide fame due to an annual international film festival! Luxury hotels and fashion boutiques of the best known brands along the Promenade de la Croisette … Even the name itself sounds gorgeous! But probably few are aware that up until the 19th century Cannes had been just a fisherman’s village!

Some background. There used to be an ancient settlement where Cannes now stands. One theory is that it was founded by the Romans well before Christ. According to another theory, its founders were the Ligurians, who probably named it Cana, or the height. Its residents were mainly occupied in fishing and trading, and the city was established on the site of the present-day “old town” on Le Suquet hill. This hill now offers a magnificent view of Cannes and fine photo perspectives! Up until the 10th century A.D., the town had been under the reign of the Saracens, who were subsequently ousted by monks of the Lérins Abbey.

There is a historical monument in the old town on the hill called Le Suquet. A 22-meter-high square watchtower was erected by monks of the Lérins Abbey. In 1030, the count of Provence sold a part of his lands to the abbey for construction of a fortification to ensure the safety of the neighboring areas threatened by pirates and the Saracens. Construction works started in 1080. By 1327, a warning system had been arranged connecting the fortified abbey on the island of Saint Honoratus and the Great Tower of Le Suquet, as it was called. Observers would notify of any danger coming from the sea. La Castre, a feudal castle, as well as residential houses and a hospital were gradually constructed in the vicinity of the tower.

The castle now hosts an archeology and ethnology museum (Musée de la Castre) that contains France’s third most important ethnographic collection. The museum’s history dates back to 1877, when Baron Liklama, a traveler and connoisseur of art, made a generous gift to the town, including rarity objects purchased in Middle East and Central Asia, works of art from Oceania and pre-Columbian America, and a rich antique collection. The museum’s collection was subsequently expanded by other private donations. Thus, Baron Alphonse de Rothschild donated a good number of paintings.

Following the Medieval times, the arrival of an English lord marked the start of a new life of this ordinary village, a new life filled with fame and ovations. In 1834, former British Lord Chancellor Henry Peter Brougham had to stay in Cannes on his way to Italy due to a cholera epidemic. Lord Brougham was so fascinated by the beauty of this town, its sky and mild climate that he decided to build a house in Cannes. Some time later he “publicized”, as we would now say, Cannes to his friends and acquaintances … This is how Cannes’ new life began. Starting from the 19th century, it became fashionable for celebrities, including subjects of the Russian Empire, to build their villas and luxurious mansions in Cannes. 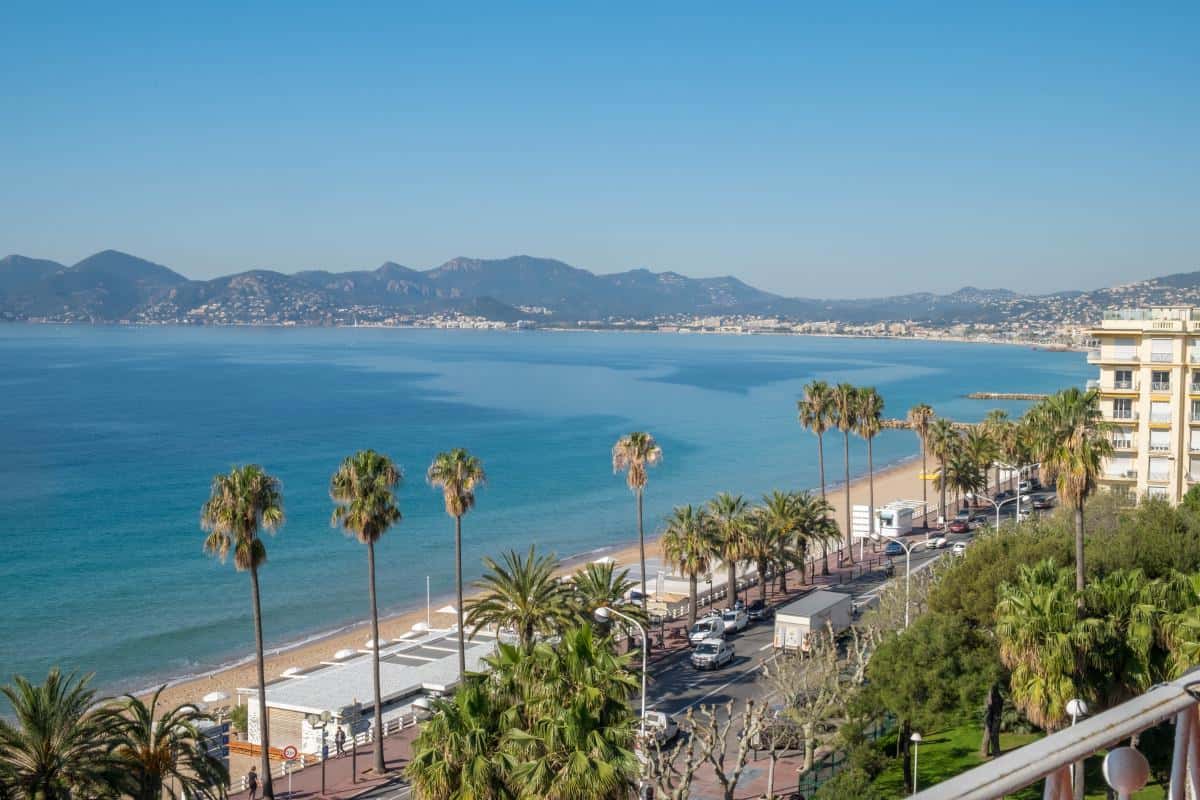 The Lérins Islands, a most interesting sightseeing attraction and the only archipelago of Cote d'-Azur, are located not far from Cannes. There is now a regular water-bus service connecting the islands with the city. The mini archipelago lies only one and a half or two miles off shore and consists of only two islands — Sainte-Marguerite and Saint-Honorat.

To prevent enemy attacks, a fortress called Fort Royal was erected in the 17th century on the island of Sainte-Marguerite. In 1737, the fortress was turned into a prison, in which, as legend has it, a prisoner nicknamed the Iron Mask languished for some time (as a matter of fact, this legend is derived from books by Monsieur Dumas). These days, the fortress hosts the Sea Museum with a collection of objects from marine excavation works and shipwreck investigations.

The second, smaller island of Saint-Honorat is the home of the Lérins Abbey, one of France’s largest monasteries. The island used to be uninhabited and avoided by the Romans due to abundance of snakes. In 410 or so, hermit Honoratus of Arles settled down on the island with the intention of living there in solitude, but soon was followed for his disciples, who formed a community. This marked the foundation of the Lérins Abbey. Honoratus wrote the Rule of Four Fathers, the first ever monastic regulations in France.

By the 8th century, the Lérins Abbey had become one of Europe’s most influential monasteries and the owner of vast lands, including the village of Cannes. The monastery withstood numerous assaults by the Saracens and the Spaniards, and each time the monks restored the walls and the community. During the French Revolution the island was proclaimed property of the state, the monks were ousted, and the monastery was sold to a wealthy actress, Mademoiselle de Sainval, who lived there for twenty years! In 1859, the island was bought by the Bishop of Fréjus, who sought to re-establish a religious community there. Ten years later, the monastery was rebuilt. At present, the Lérins Abbey belongs to the Cisterians and is inhabited by 25 monks.

The main and the best-loved street in Cannes is the Promenade de la Croisette. In the days long gone, there was a coast road called the Way of the Smaller Cross here. Pilgrims from all over the world would take this road to get to the Lérins Abbey on the island of Saint-Honorat. The word “crouseto” means “a small cross” in Provencal. In the Middle Ages, Cannes became the site of a legendary event: the cross of the Lérins Abbey was erected in confrontation with the Saracens. When a war with Spain broke out in 1635, the road was totally destroyed. By the 19th century, the way had been wiped off from the face of the earth.

In 1856, after Cannes’ transformation from a small village into a resort, twenty six landowners gave their consent to a construction project for an embankment on the site of the former road, inspired by the city’s Mayor. Three years later, the municipal council approved this project. From 1860 to 1863, a new street with a driveway was arranged in Cannes. In 1871, tall palm trees were planted in the promenade. At that time, la Croisette was called the Empress Boulevard. It immediately became a center of attraction for all visitors and made Cannes ever more fashionable. In 1888, Guy de Maupassant wrote: “Titles, titles, nothing but titles! Those who are fond of titles are blissfully happy here. As soon as I set my foot on Promenade de la Croisette yesterday, I met three highnesses one after another…”

However, Cannes attained its true fame in 1946, when the first International Film Festival was held here.

The history of the Cannes festival is as follows. The Venice film festival considered to be the world’s oldest was founded in 1932. But as soon as several years later it became an object of grievances and complaints raised by filmmakers: the Italian government led by Benito Mussolini exercised a covert control of the festival’s program, and the main award was then named after the dictator. Not all people of art could agree with that. In 1938, it was decided to open another, “free” film festival, but this idea did not materialize at that time — in 1939 the war broke out. However, the idea was not dropped, and in the first year of peace a festival was held. Notably, it was opened with a Soviet production, a documentary called “Berlin” by Yuli Raizman.

Since then, the festival has been held annually in spring, during two weeks of May. At that time, the Palace of Festivals, the most popular building in the city, is filled with celebrities. Actors, directors, scriptwriters and other personalities of the movie industry walk on the red carpet unveiled on the Palace’s twenty four steps. The Palace is neighbored by the Alley of Stars featuring palm imprints of numerous celebrities.

The International Festival of Creativity is held in Cannes in the middle of June as a competition of several thousand of most diverse promotional videos from toothpaste and diary product advertisements to image making for the leading world companies. The best creative product gets the main award, a Lion figurine.